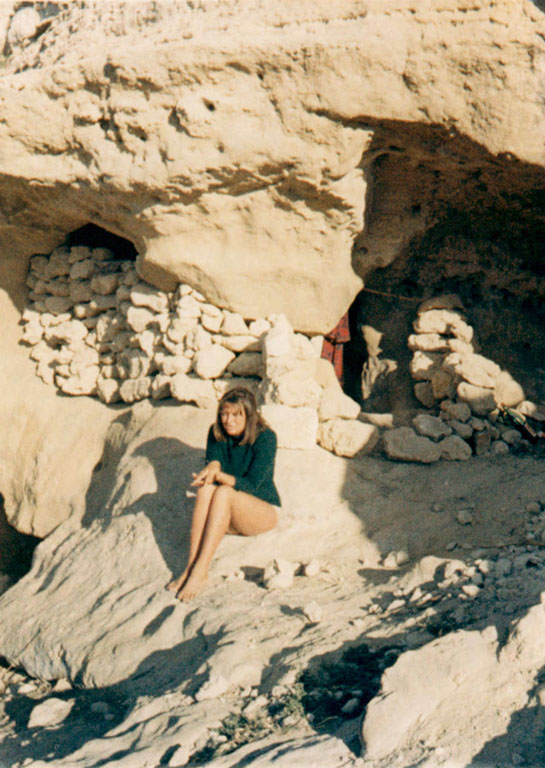 I received a kind e-mail with two pictures from Dan,

who’s mother has been in Matala in the late sixties:

They are from the collection of my mother, Sue Wise, and were probably taken in 1968 (although it might have been a year or two later).

The first shows some of the famous Matala 'Hippies', who look as though they're having a party outside one of the caves.

The second is my mum, sitting outside the cave which she was living in at the time. 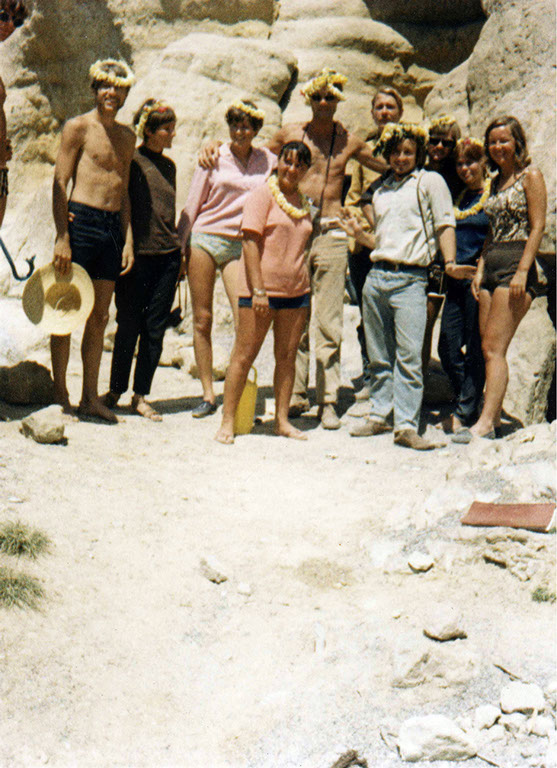