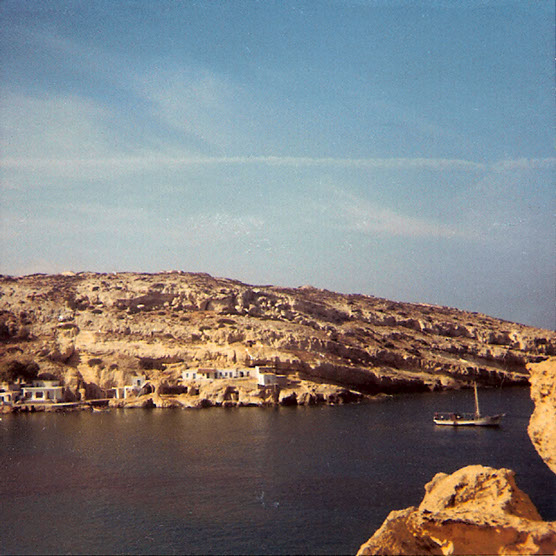 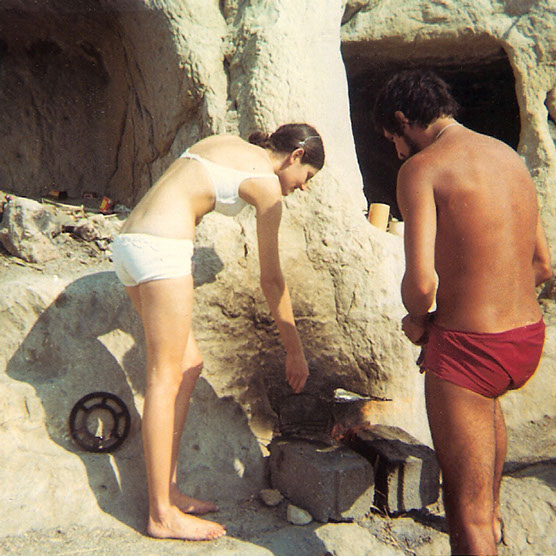 I am Pam’s sister, Shirley. I live in California, USA. I also spent time in the Matala caves (1967) and have quite a few photos. I wrote quite a lot about it at the time.

Also there was an artist who was just starting out, Robert Clibbon, a Canadian. He now is quite a well-known artist.

I remember another man who was there with us and I have photos of him. We called him ‘Neptune’ because of his long, black hair and beard, and I may have his real name in my diary. If I remember correctly, he was heir to the Hush-Puppy Shoes fortune. No idea what happened to him.

Attached are the photos from my time in Matala (October 3-14, 1967). My nickname in Matala was Taddy. Pam went on to marry an Australian and still lives there, in Sydney, as a widow. I married an American and took on American citizenship, and still live in the San Francisco area of the States. I shall be going through the journal I wrote from that year and hope to send you some of my writings.

Okay, Elzo, that's enough for today. As said, I'll try to figure out how to get you some of my entries from my diary.

Shirley attached many photos. Three of them I place here.
Others will be placed here later. 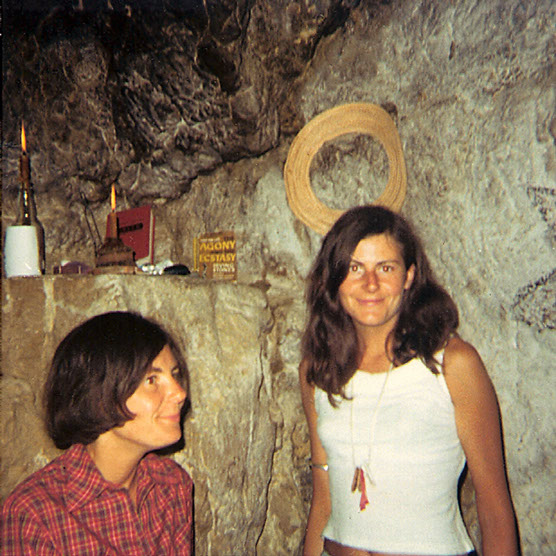